Well, I have discovered that summertime is not a great time to be building a boat. There is just too much stuff going on, between depositing various kids at various colleges, taking vacations, enjoying the nice weather, etc. Consequently, work on the boat stopped in June, and did not resume until about a week or so ago.

But, the good news is, work HAS resumed!

Last time I posted, I had just flipped the boat. So, this means it is time to work on the topside. The first step was to install what is known as the carling, which is the support frame member that supports the deck where it meets the cockpit.  At roughly the same time, I installed the deck battens. These are frame members that support the deck itself, which is very thin plywood. The picture below shown the carlings and battens clamped in place, testing that they fit properly before attaching them permanently.

In between work sessions, there was a car show in Danville. I rode my bike through on the way to the grocery store, and discovered there were a few boats, too. The most inspiring one was My Sin, a 1938 Ventnor Hydro, very similar to my grandfather’s Juno. 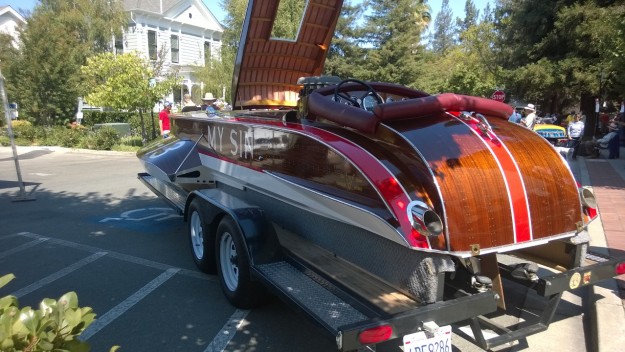 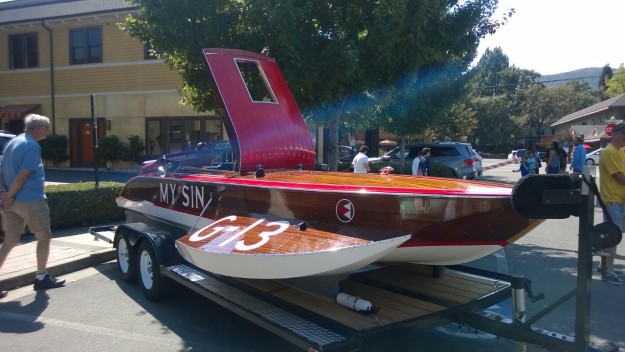 My Sin got me inspired, and made me eager to get back to work. Now that the framing is essentially complete, it is time to install the coaming. The coaming forms the sides of the cockpit. With it installed, you can really start to get a feel for what the boat is going to look like. Here I am at my epoxy station getting ready to mix up a batch, along with some pictures of the boat with the carlings installed.

Yes, the light is beginning to appear at the end of the tunnel!

3 thoughts on “Oh Yeah… About That Boat…”